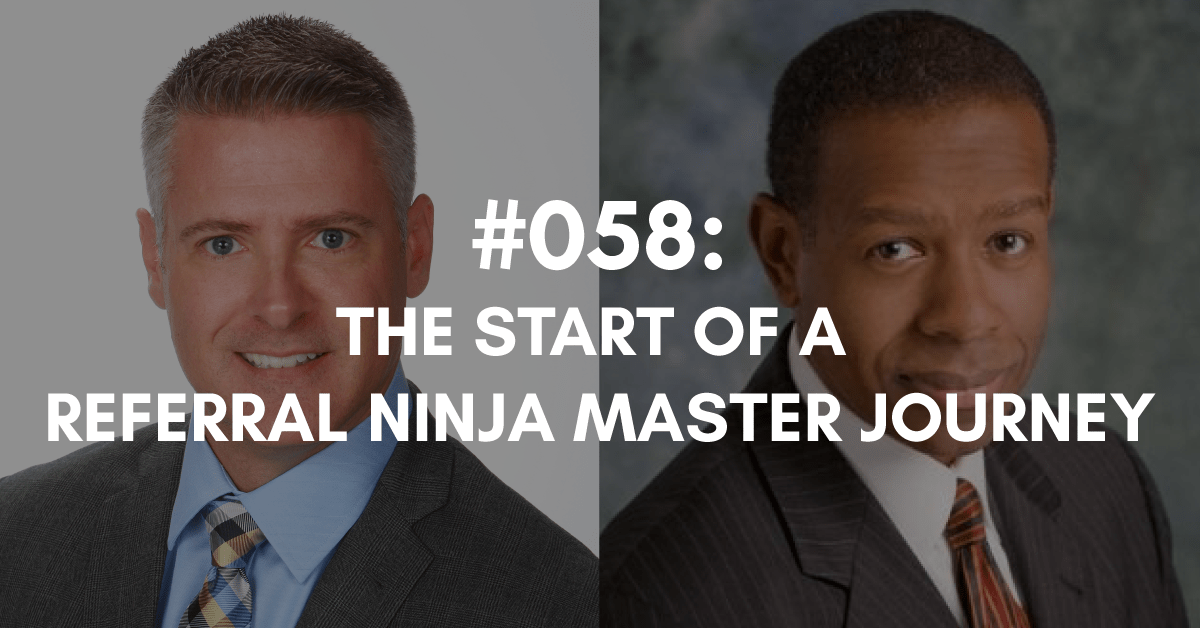 Ever wonder what the first year is like when you are working towards becoming a Referral Ninja Master?

In this episode you will hear from two business owners on the first few months of their journey and the incredible success they are already having!

Here are some highlights:

David has been a financial advisor for 10 years and has always received a handful of referrals every year (1 to 3)… but not what he knows he is capable of receiving. He knew he needed a process and system to hold him accountable and one he was comfortable following. And after only 6 months following the Growth By Referrals program he brought in 7 referrals. In the past it would have taken him 3 to 4 years to generate those referrals… but not anymore.

Mark McIntosh is the founder of RevGrow and along with his Director of Operations, Nicole Hoglund, they share what it has been like for the first 3 months following the Growth By Referrals program.  Already in their first 3 months they have received 12 referrals!  And they love how much easier the conversations are with referred prospects.

We dive in to both David’s and Mark’s/Nicole’s stories in this episode.  So hit the play button above and join us!

Once you’ve listened to this episode, I would love for you to share your thoughts in the Referrals Without Asking Community over on Facebook.

Let’s get the conversation started!

Here  are the Links Mentioned in the Episode:

Where Referrals Fit In Your Sales Strategy: An article defining the different sales lingo terms that many confuse with referral

If you are reading this in advance of July 31st, you still have time to secure current pricing of the newly upgraded Growth By Referrals program. Save $300 off the Independent Study level and $500 off the VIP level!

Check out the program now

Here is How I Can Support You Generate More Referrals in 2019:

Buy my book – Generating Business Referrals Without Asking – and learn how to generate referrals through my 5 steps. (LESS THAN $16)

The next episode is episode #059… we go behind the scenes of the newly upgraded Growth By Referrals program and hear from our early beta testers.  Don’t miss it! 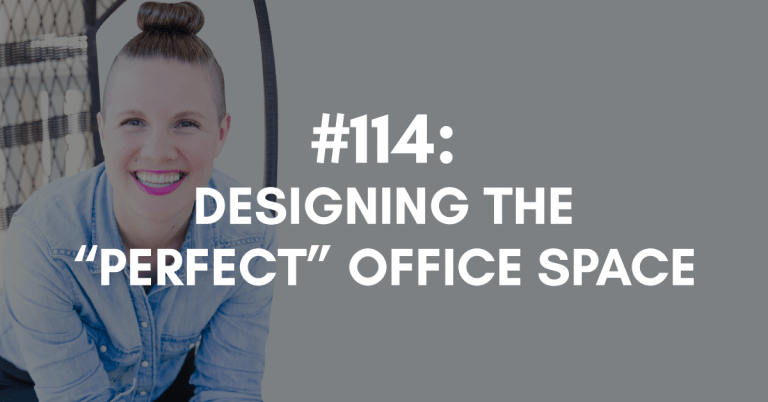 HEADS UP!  With our kids starting “back to school”, there’s no better time than now to jumpstart your focus on referrals!  So join me for a 4 Day Challenge starting August 24th called How to Think Like a Referral Ninja Master!  Sign up now to grab your spot and invite a friend to join you. Here’s… 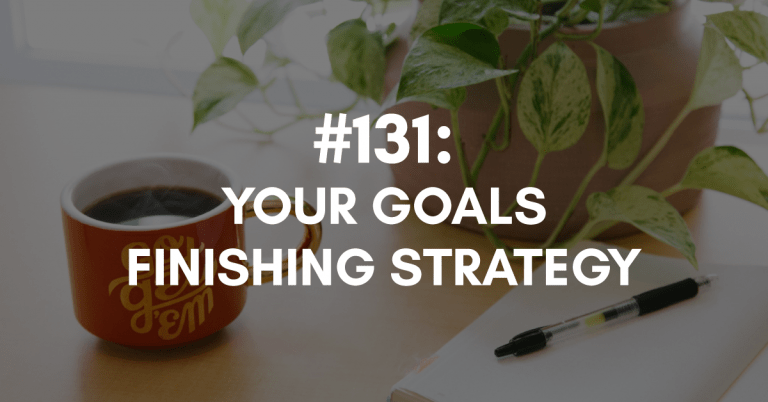 We may be on Day 2 of a 5-Day Goals Challenge but don’t let that stop you for catching up.  We break down the Reverse Goal Setting process in 5 small steps… one step every day for only 5 days. Snag a spot now! Here’s Some Episode Highlights: Home stretch my friends… Step 3 of  Reverse… 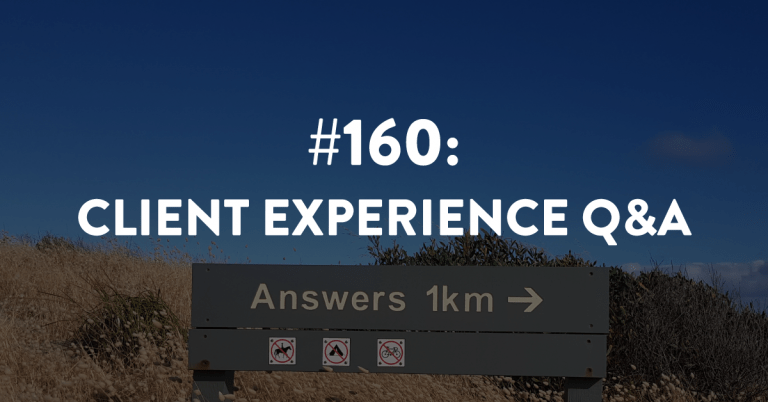 We are taking a pause from the 3 stages of the Client Experience so I can answer your questions, yes, questions from listeners just like you. If you’re a long-time listener of the podcast you know we do a Q&A episode every 10th episode. We had 3 awesome questions submitted from Heidi, Angela and Jackie. … 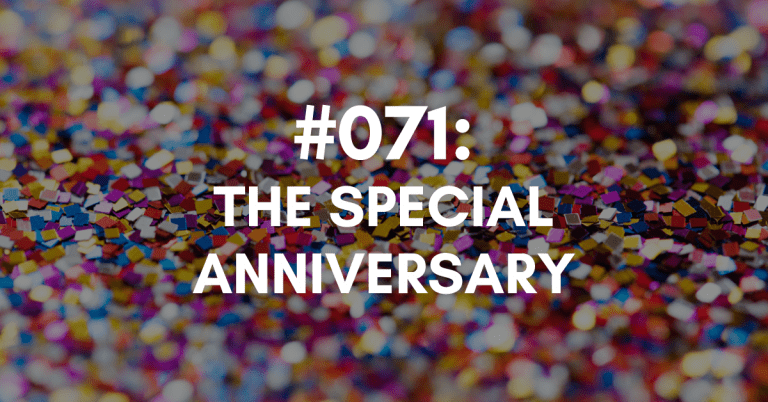 **Pardon the Interruption: We are starting week 3 of our 5 week FREE referral training series.  You can still sign up and grab your free spot!  Sign up now! Okay, back to our episode show notes.  This episode is a little different – change is good – so let’s dive in to some special anniversary news,… 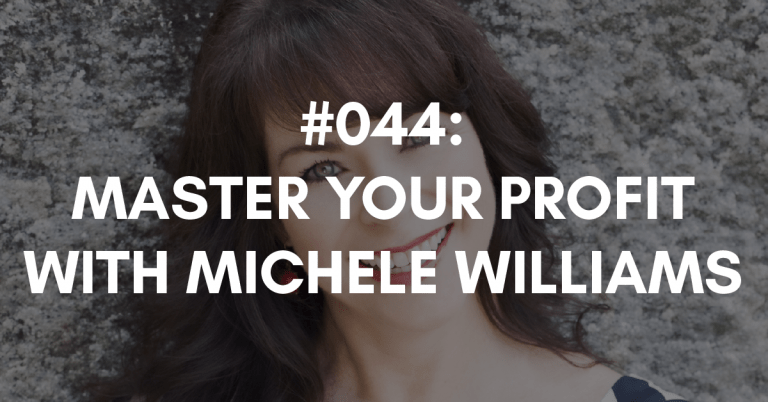 Most business owners allow their profit to be the amount of money left over at the end of the year. Which means we have no intentional control of it. But you can control your profit – you just need to have a plan.  So I invited my friend and profit guru Michele Williams from Scarlet… 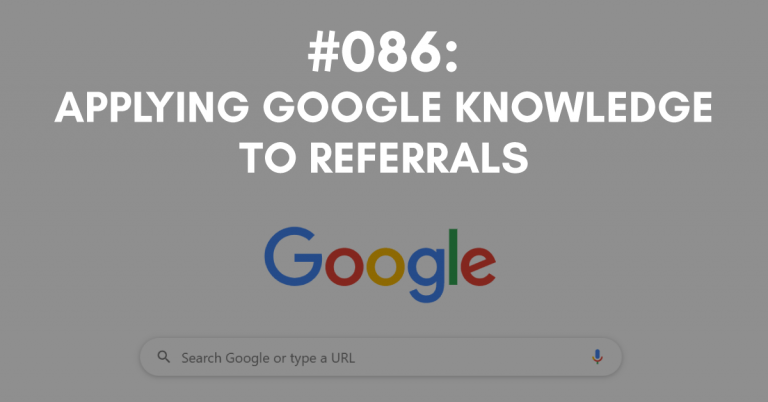 Did you catch the random factoid I mentioned on the episode?  What is my # and wing # on the Enneagram?  Be the first to post the random fact in the Referrals Without Asking FB Group so you can win a prize! And don’t forget to sign up for our 14-Hour Giveaway in honor of Valentine’s Day!  Sign up…

We use cookies to ensure you receive the best experience on our site. If you continue to use this site we will assume you are good to go with our terms.Accept
Privacy & Cookies Policy

This website uses cookies to improve your experience while you navigate through the website. Out of these, the cookies that are categorized as necessary are stored on your browser as they are essential for the working of basic functionalities of the website. We also use third-party cookies that help us analyze and understand how you use this website. These cookies will be stored in your browser only with your consent. You also have the option to opt-out of these cookies. But opting out of some of these cookies may affect your browsing experience.
Necessary Always Enabled
Necessary cookies are absolutely essential for the website to function properly. This category only includes cookies that ensures basic functionalities and security features of the website. These cookies do not store any personal information.
Non-necessary
Any cookies that may not be particularly necessary for the website to function and is used specifically to collect user personal data via analytics, ads, other embedded contents are termed as non-necessary cookies. It is mandatory to procure user consent prior to running these cookies on your website.
SAVE & ACCEPT
Skip to content